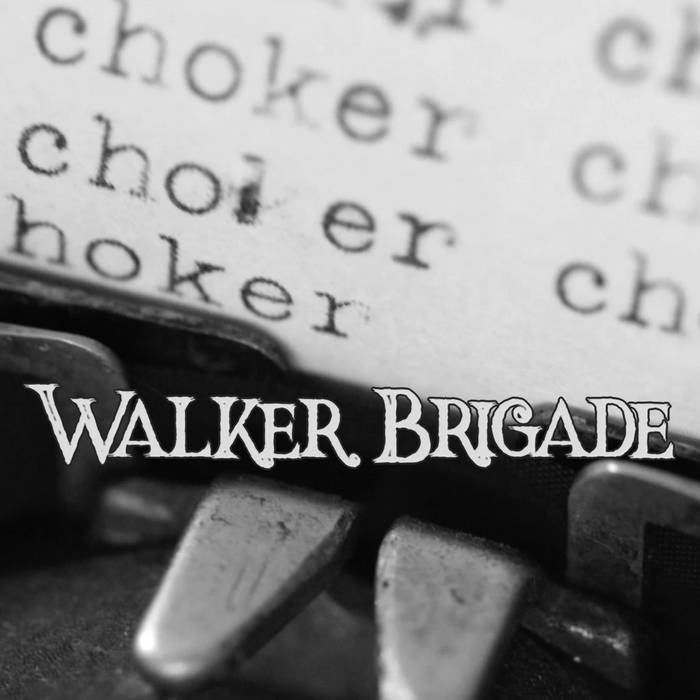 BIG STIR RECORDS is pleased to bring you a new single and video from the Los Angeles-based postpunk pop rock quartet WALKER BRIGADE. “Choker”, from the band's forthcoming BSR debut album IF ONLY, is out April 29, available for pre-order at bigstirrecords.bandcamp.com now, and will be streaming everywhere worldwide on the street date. The video will debut day-and-date with the track, and IF ONLY will see release on CD and all digital platforms on May 27.

WALKER BRIGADE has always been one of the most exciting and enigmatic bands in Big Stir Records' corner of the LA guitar pop scene. The art-punk-pop four-piece, veterans of a series of live shows and acclaimed singles under the label's auspices, present themselves with a blazing onstage presence, jagged but tuneful hooks, and an arresting male-female vocal frontline (guitarists Tracy Walker and Jeff Charreaux). The drive of the rhythm section – drummer Craig Tyrka, a NY transplant with many a CBGB gig on his resume, and bassist Mark Fletcher whose jazz-punk fusion style recalls Mike Watt – provides the unique bedrock of the band. The full package recalls the energy and ambition of their oft-cited influences – X-Ray Spex, The Soft Boys, Mission of Burma, and inevitably hometown heroes X – with a distinctly modern twist.

Walker Brigade have described themselves as “serving up anthemic despair with savoir faire since 2014”, and the new single and video provide exciting hints as to exactly what that means. Galloping out of the gate on an infectious guitar riff and a sustained example of the band's signature co-ed harmonies, “Choker” is a perfect introduction to WALKER BRIGADE's sound and style. It's a sonic blend evoking the Pixies and Pretenders with a start-stop chorus that, per the tune's title, grabs the listener and doesn't let go. The video only adds to the group's mystique: appropriately mysterious live footage is intercut with glimpses into the band's quirky personal lives Whether it's cinema verité or surreal fiction is up to the viewer to decide.

The album IF ONLY is the band's long-awaited proper debut after a string of celebrated live gigs, EPs and singles that have caught the attention of everyone from LA clubgoers to first-ballot Grammy voters. If the band's musical foundation is a callback to the early days of postpunk and college rock, it's also a proof positive that the potential in that sound is far from exhausted. In fact, on “Choker” and on the album, WALKER BRIGADE show themselves to be one of the most original and unpredictable indie bands around today. Anthemic despair and savoir faire in deed: if only you give them a listen, you'll agree that WALKER BRIGADE stands poised to charge the global pop rock scene, and woe betide any who would stand in their way.