Flavor Of The Month 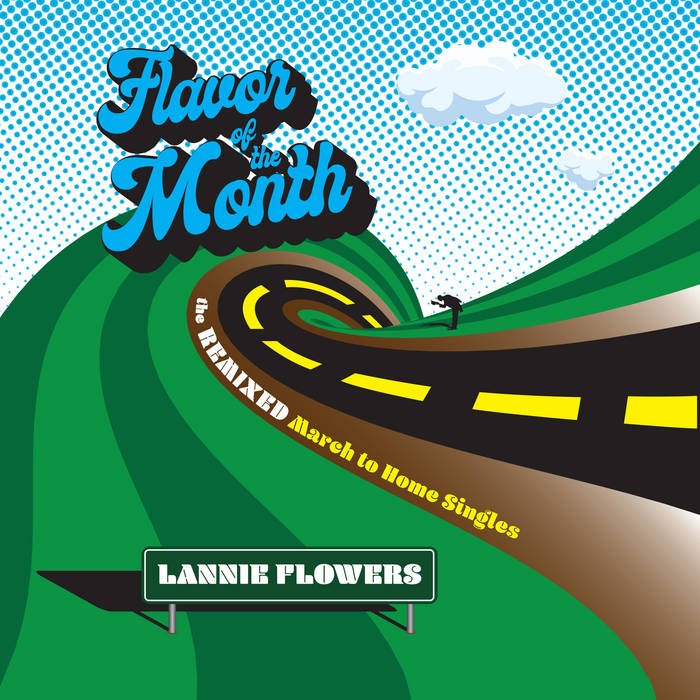 SPYDERPOP RECORDS (and our partners at Big Stir Records) are proud to announce the February 25 release of FLAVOR OF THE MONTH, a brand new album from Texas guitar pop legend LANNIE FLOWERS, on CD and all digital platforms. It’s both a completely new collection and the long-awaited physical media debut for the songs that made up Lannie’s celebrated and groundbreaking March To Home Singles Series in 2019 all newly remixed by Lannie himself and featuring the new lead single “Summer Blue.” Flavor Of The Month is up for pre-order now at www.spyderpop.com and www.bigstirrecords.com and will be streaming, as well as on records store shelves worldwide, on release day. A deluxe vinyl edition including a special bonus CD will follow later in 2022.

When Lannie Flowers set out to write and record his follow up to acclaimed 2010 album Circles, he had no idea how long the journey would take him. Circles was the second installment of an arc that began with the Pengwins frontman’s solo debut Same Old Story (2008) and would be finished with the new record, Home. The idea was that the three records would loosely trace his life from teenage romance though the rock and roll travel years and ultimately address getting off the road. Home was lovingly recorded and mixed and took longer than his fans wanted. Upon release, Home garnered enthusiastic critical reception and made numerous Top Ten Album of lists of 2019.

To ease the wait between albums, Lannie hit upon the unique idea of issuing free monthly downloads of songs that didn’t fit thematically on Home. The first single was released in March of 2018 and the series was dubbed March to Home. SpyderPop released 14 songs in total to rapturous response and strong international airplay. Industry folks and fans alike kept asking if there would be an album of those songs. Flavor of the Month is that album – almost.

When it came time to release it, COVID struck. Lannie took a little time and remixed “Let It Go,” one of the singles from the series. The remix was better suited to an album format as opposed to a single format – which meant that now SpyderPop would need to wait on the release and get Lannie to remix ALL of the songs. He’s done just that, and the results are FLAVOR OF THE MONTH, a hook-powered throwback to (and reinvention of) the kind of classic album where every track is a hit single waiting to happen... because that’s exactly what it is.

To sum it up, it’s old school vs. modern - the remixed versions breathe and flow out of your stereo while the original singles jump out of your ear buds and car stereo. Fan purchasing the vinyl LP version later this year (when the pressing plants catch up) will receive a free bonus CD of the original March To Home singles and CD buyers will receive a download code for the March To Home CD tracks– the best of both worlds!

The Hammer and The Relentless from the Boston band Malleus stop by for a chat.