Singing In My Heart 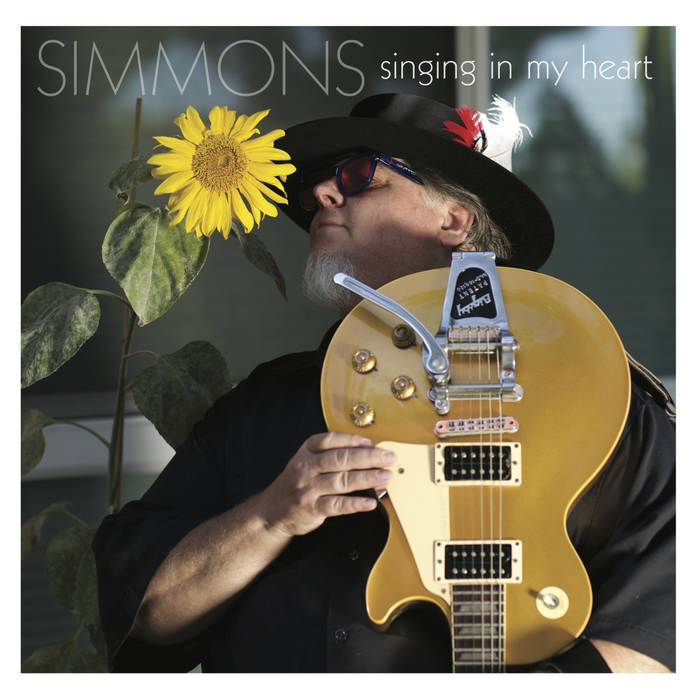 BIG STIR RECORDS announces a very special album release for Spring: SINGING IN MY HEART from MICHAEL SIMMONS! Out April 1, this collection of the SPARKLE*JETS U.K. and POPDUDES frontman's favorite recordings of cover songs from his vaults will be streaming everywhere on the release date. And in celebration of the first Bandcamp Friday of the season, an extremely limited number of CD copies will be made available for fans exclusively at bigstirrecords.bandcamp.com while supplies last.

There's a lot to discover, as Southern California native Simmons – well known as a gifted vocal and instrumental interpreter beyond his substantial gifts as a singer-songwriter – has chosen the best covers from over twenty years of his recording career. The album features 23 tracks, some culled from standalone singles and tribute records across the years: Simmons is a natural go-to guy for such collections thanks to his multi-instrumental prowess and remarkable vocal versatility. Others have never seen released until now. Together they give fans a glimpse into the influences who have shaped Simmons' career: some readily apparent (McCartney and Harrison, ELO and The Move, XTC and The Beach Boys, Sloan and Squeeze), others slightly farther afield but fitting like a glove (Steely Dan, Crowded House, Nick Lowe, Crosby Stills & Nash) and a few genuine curveballs which make perfect sense when you hear them (Tom T. Hall, Godley & Creme, Glen Campbell).

“Recording covers is something I’ve always enjoyed doing,” explains Simmons. “When I really love a song, sometimes I just want the experience of singing it and really trying to capture that bit of magic that makes me love it. Sometimes that’s the only impetus of recording one. Some of these are what I would consider my finest recordings. There are moments that really resonate... hitting the vocal just right... a good fill... a good guitar tone... a killer bass part.”

Two tracks, George Harrison's “Here Comes The Moon” and Crowded House's “Love This Life,” were recorded on respective days of the passing of Harrison and Crowded House drummer Paul Hester, as immediate and emotional responses. In fact, as Simmons details in the liner notes, many of these tracks capture moments: moments of a creative spark, of instantaneous collaborative with fellow pop scene travelers like Robbie Rist, John Borack, and Kerry “Compost” Chicoine, and above all moments of emotional expression. Simmons may have borrowed the album's title from The Beach Boys, but it's a perfect summation of its contents. Let it into you heart today.